We heard them before we saw them.

We were cutting through Parliament Gardens on our way to the city when we heard the muffled sound of a loudspeaker.

“Is that the Grand Prix?” I wondered aloud to Sal. A reasonable assumption I thought, given that the bee swarm like buzz of the cars whizzing around Albert Park had been clearly audible across much of inner Melbourne for the last few days. But as we turned the corner into Spring Street and saw crowds of photographers on the steps of the Parliament building and the police holding the traffic at bay, it was clear that some kind of protest was taking place on Bourke Street.

It wasn’t immediately obvious what the focus of the protest was: I could see signs attacking brown coal and promoting solar power but mixed in were some asking us to “Save Australia Post” and, quite wonderfully, “Stop Being Awful”. (Although no Down With This Sort Of Thing, sadly). 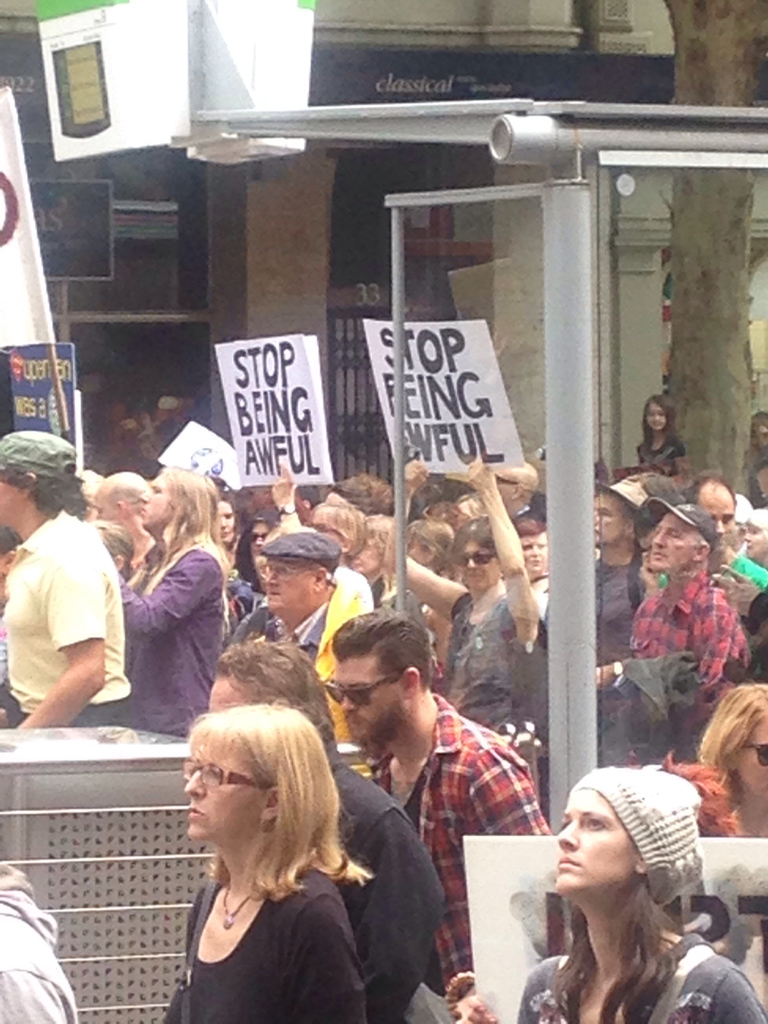 As we walked down Bourke Street it became clear that the crowds were heading straight for us, so we ducked back onto the steps of the Palace Theatre to let them pass.

Teh internets tell me this was the #MarchInMarch. How have I not heard of this before? It seems you can turn up and march for whatever you like, and thousands of Melbournians young and old had chosen to do just that.

Despite the disparate causes, there were some common themes.

I can’t imagine that the “save our posties” guys, or the small group rather bizarrely asking for adoption to be made harder (no, me neither), or the “solar power” crew would necessarily hold the same views on everything, but everyone in that crowd could agree that Tony Abbott is a massive dick. If it’s possible to take a positive out of a negative, then the one thing you can say about last year’s election result is that at least it’s given us something we can all focus on. In many ways he is our George Bush. And I can’t quite imagine Malcolm Turnbull evoking the same sort of collective anger. 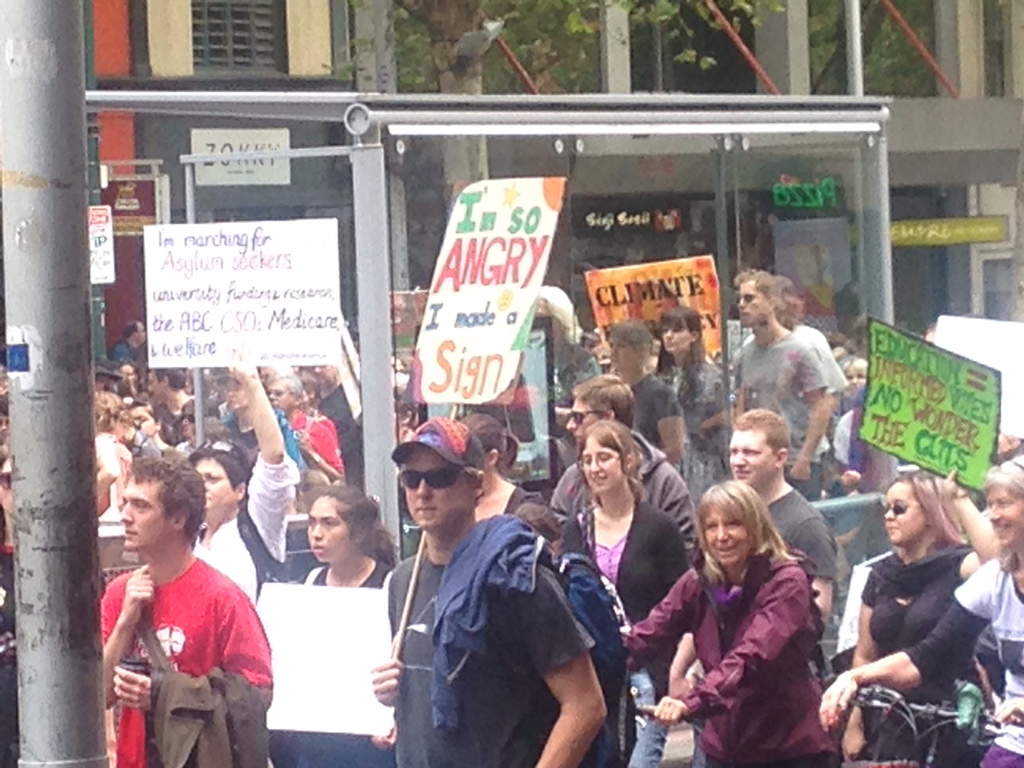 After a few more minutes of watching, we somehow made our way across to the other side of Bourke Street (it’s a bit like crossing the road in Thailand–you’ve just got to go for it…) and found a table at the Mess Hall, where we sipped lattes and perused the brunch menu while the crowds of thousands continued to stream past outside.

“What did you do in the revolution, daddy?”

“Er, well, I kind of missed it. But I did have the most delightful free range organic scrambled eggs on sourdough while it was happening outside…”