I’ve already posted this to Twitter (twice, actually) but I’m going to keep posting it until someone else finds it as funny as I do.

Yesterday The Age reported on the announcement from Optus of their plans to televise the Premier League here in Oz from next season.

My favourite bit, though, was this: 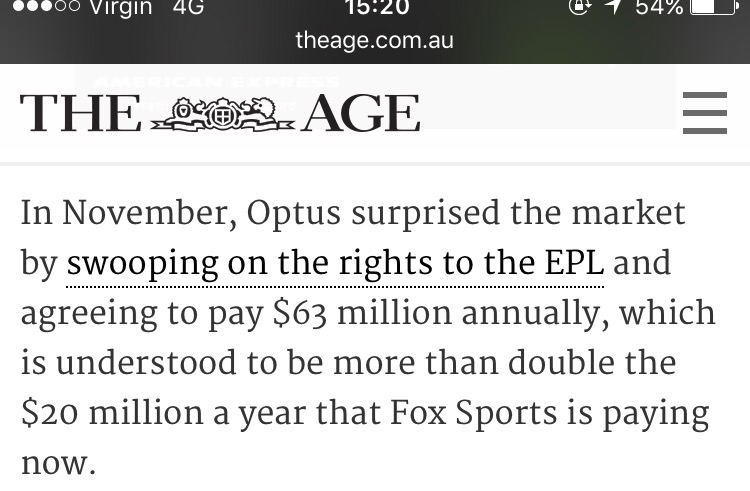 Sources close to the business recently confirmed to Fairfax media that 2 and 2 are understood to equal 4.

As of press time, just one other person in the world thinks this is funny.

In other news, whatever happened to that bus with the world’s 62 richest people on it? I bet they’re having a ball.

Why Did You Fire All Your Subs?